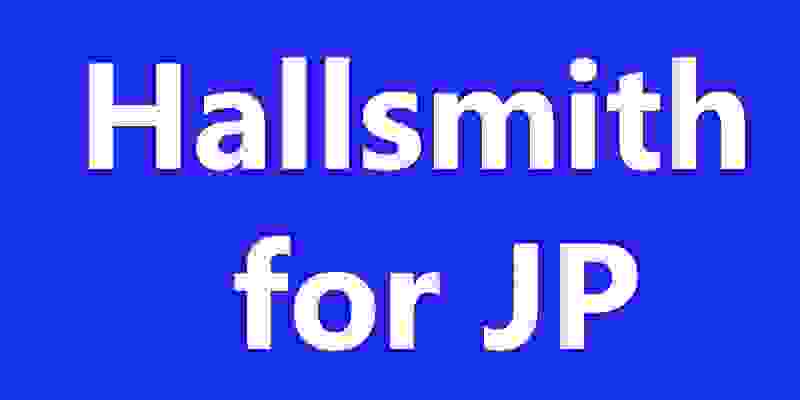 Gwendolyn Hallsmith for Justice of the Peace

Our Way of Life Need to Change

These demands for climate justice for Vermonters reflect the original Green New Deal joint resolution introduced to Congress last year, the Red Deal that was adopted by a coalition of Native Americans this past summer, the Extinction Rebellion US demands, the Just Transition Frameworkcreated by the Climate Justice Alliance, the monetary program outlined by the Economics for the Anthropoceneinitiative and a few other measures that would help mitigate a climate emergency in Vermont.

The preamble and those sections below that reference the 2019 Resolution came from work Vermonters for a New Economy did in cooperation with the Presencing Institute at MIT on a Green New Deal for Vermont.

Need for Action: Introduction to the 2019 Resolution

1. The Vermont government must tell the truth about the climate and wider ecological emergency, it must reverse all policies not in alignment with a healthy climate and must work alongside the media to communicate the urgency for change including what individuals, communities and businesses need to do. (US XR Demand)

2. The Vermont legislature must enact legally binding policies to reduce carbon emissions to net zero by 2025 and take further action to remove the excess of atmospheric greenhouse gases. (US XR Demand)

3. The Vermont legislature must enact laws to implement the federal resolution filed in Congress by Rep. Alexandria Ocasio-Cortez and Senator Markey to create a Green New Deal. We recognize that even more transformational change is necessary, and we embrace the Just Transition Frameworkdeveloped by the Climate Justice Alliance in all of these efforts. (VT Resolution 2019)

4. Vermont must act swiftly to prioritize climate change and social justice-related bills that have already been introduced such as the Regenerative Economy (formerly Zero Waste) bill, the prohibition on new fossil fuel infrastructure, stronger building efficiency codes, retrofitting and rebuilding all the public housing in Vermont, mandating and funding conversion to organic farming, increasing the minimum wage, providing individuals, employees, and small business owners with paid family leave, and others. (VT Resolution 2019)

8. Vermont must divest our public monies from fossil fuel industries and also divest from the criminalizing, caging, and harming of human beings AND divest from the exploitative and extractive violence of fossil fuels. (Red Deal)

1. A Vermont New Deal must recognize that money 1) is a man-made social claim to the building blocks of the Earth’s life support systems, 2) is backed by those systems and the productive capacity of those who accept it; 3) is created and destroyed by social institutions; 4) bestows power, 5) affects behavior, and 6) informs economic value with bias that is not always explicit. (Economics for the Anthropocene)

2. A Vermont New Deal must reinvent the monetary system as a structurally critical public resource. It must eliminate the private financial sector’s ability to create and extinguish money and accumulate surplus. Money can then be used to facilitate action on public goals at the appropriately local level of impact. Money needs to be an ecosystem of currencies developed to address particular policy goals. Money and coexisting dedicated currencies should be created (spent and lent) and extinguished (taxed, collected, repaid) by public institutions on a subsidiary basis. (Economics for the Anthropocene)

3. Money must be created for a universal basic income, universal healthcare, job guarantees, open-access research and development, creative expression, Earth system restoration, and the general de-marketization of basic social and ecological needs. Any further bank lending would only include credit primarily for individual and entrepreneurial endeavors, with interest corresponding to social and ecological costs. Money would be extinguished by taxing Earth system destruction and excessive wealth, collecting fees and penalties, and repaying lent money. (Economics for the Anthropocene)

4. Vermont must fund and enable critical policy initiatives serving social and ecological needs, including reparations, climate adaptation for vulnerable communities, social equity, basic income, education, healthcare, dignified work, nourishing food, and care. We will foster a culture of sufficiency rather than scarcity and harness ingenuity towards socio-ecological wellbeing rather than accumulation and destruction. (Economics for the Anthropocene)

5. Vermont must create opportunities for people to learn, grow, and develop to their full capacities and interests. We are all born leaders, and a regenerative economy supports and nurtures that leadership. In the process, we are transforming ourselves, each other, our communities, and our society as a whole. Meaningful work is life-affirming. (Just Transition)

6. Vermont must advance ecological resilience, reduce resource consumption, restore biodiversity and traditional ways of life, and undermine extractive economies, including capitalism, that erode the ecological basis of our collective well-being. This requires a re-localization and democratization of primary production and consumption by building up local food systems, local clean energy, and small-scale production that are sustainable economically and ecologically. This also means producing to live well without living better at the expense of others. (Just Transition)

1. We do not trust our Government to make the bold, swift and long-term changes necessary to achieve these changes and we do not intend to hand further power to our politicians. Instead we demand a Citizens’ Assembly to oversee the changes, as we rise from the wreckage, creating a democracy fit for purpose. (XR US Demands)

2. We must throw the full weight of people power behind these demands for a dignified life. People power is the organized force of the masses; a movement to reclaim our humanity and rightful relations with our earth. With this, not only will we topple power, but we will build a new world from the ashes of empire. People power is the most direct form of democracy. Everyday people decide what’s best for themselves, not the elite and powerful. (Red Deal)

3. Vermont needs to build new systems that are good for all people, and not just a few. We must actively work against and transform current and historic social inequities based on race, class, gender, immigrant status and other forms of oppression. We must fight to reclaim capital and resources for the regeneration of geographies and sectors of the economy where these inequities are most pervasive. (Just Transition)

4. Vermont needs to reallocate social wealth back to those who actually produce it: workers, the poor, Indigenous peoples, women, migrants, caretakers of the land, and the land itself. Each of these categories needs special protections. Some examples of the type of reforms we seek include the complete moratorium on oil, gas, and coal extraction. Another is the restoration of land, water, and air to a healthy state. These “non-reformist reforms” are crucial to achieving abolition, decolonization, and liberation. (Red Deal)

5. All peoples have the right to participate in decisions that impact their lives. This requires democratic governance in our communities, including our workplaces. Communities must have the power to shape their economies, as producers, as consumers, and in our relationships with each other. Not only do we have the right to self determination, but self determination is one of our greatest tools to realize the world we need. The people who are most affected by the extractive economy — the frontline workers and the fenceline communities — have the resilience and expertise to be in the leadership of crafting solutions. (Just Transition)

6. We must reclaim our collective power. When the state invests its greatest resources to contain the threat of mass mobilization, we must already be organized in those spaces and those communities. We must be one step ahead, ready to capture the momentum of the next rebellion and catapult it into a full-blown mass movement. (Red Deal)

1. We demand a just transition that prioritizes the most vulnerable people and indigenous sovereignty; establishes reparations and remediation led by and for Black people, Indigenous people, people of color and poor communities for years of environmental injustice, establishes legal rights for ecosystems to thrive and regenerate in perpetuity, and repairs the effects of ongoing ecocide to prevent extinction of human and all species, in order to maintain a livable, just planet for all. (XR US Demands)

2. The conditions and culture that create a crisis cannot solve it. It is imperative that we examine all of the dimensions of white supremacy and its colonizing traditions and eradicate their malignant ideologies from our culture. (Red Deal)

3. To liberate the soil and to liberate our souls we must decolonize our imaginations, remember our way forward and divorce ourselves from the comforts of empire. We must trust that deep in our cultures and ancestries is the diverse wisdom we need to navigate our way towards a world where we live in just relationships with each other and with the earth. (Just Transition)

If you have read this far, yes, it’s a lot, and some of the things seem impossible. We think we need to start doing everything we can to stop the ever-growing increases in greenhouse gas emissions to avert a climate catastrophe. This is not the time for reformist and half measures. That ship sailed 30 years ago. We need to transform our economy, our culture, our way of life if we have any hope of leaving a livable planet to our grandchildren.